A few months ago I watched a biopic about Renoir – the painter, not the sculptor or film director – the latter two were his sons.

Parts of it were disturbing, much more was fascinating, especially from the perspective of an artist, painting while the world is at war . . . much of it very close to his home in France. I think of myself in those terms these past several years, “Why do art when there is so much else going on . . . so many important movements . . . causes?”

Of course one must answer such a question in order to feel good about doing art, and it took me perhaps a few minutes to figure it out, though I think about the matter often. That answer is kept close to the vest. However, it was warmly reassuring to see how basically this answer comes out about the same through the views of this man Renoir.

Sadly, since the making this film, there has been a group established proclaiming the irrelevance of this artist’s work. Renoir’s talent, subject matter and aesthetic merit have been severely ridiculed; someone has taken it upon himself to try to have Renoir’s art dismissed – banned from museums, and other such endeavors. By his own admission, this person knows little about art, but he does seems to know something about causes – apparently he is having some success. This kind of madness is not so separate from so many others . . . it’s just not violent.

So in the midst of madness I’m continuing with my creative projects.  The picture below is called “Defiance”. It came from a five-year-old creation that is featured at the top of this post. 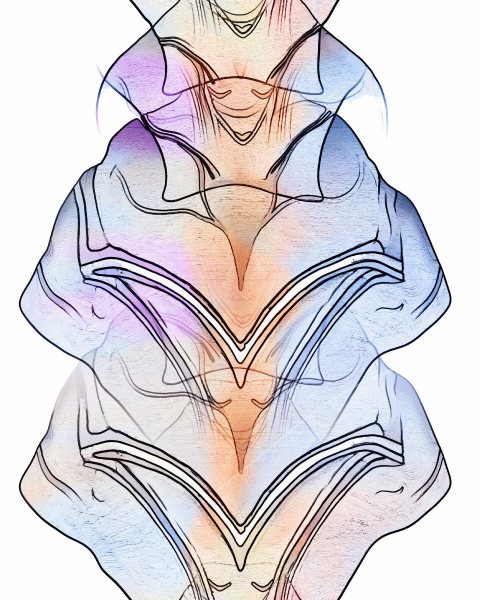